Page view
[Abstract]:
Itisreportedbyforeignmediathat,theinventoroflithium-ionbatteries,JohnGoodenough,recentlyledaresearchteamoftheUniversityofTexasandfoundakeyelementpossibletomakecheapandsafesodium-ionbatteriesbecometrue
It is reported by foreign media that, the inventor of lithium-ion batteries, John Goodenough, recently led a research team of the University of Texas and found a key element possible to make cheap and safe sodium-ion batteries become true.
We all know that a battery is mainly composed of three parts, namely, an anode, a cathode and an electrolyte. The chemical reaction in electrolyte can cause gathering of electrons nearby the negatively charged anode, and then flows to the positively charged cathode.
Compared with the lithium-ion batteries widely used currently, the performance, weight and safety of sodium-ion batteries are far from it. However, after years of research and development, Goodenough thinks he found a kind of cathode material to change all the conditions, and the material is named as Eldfellite. This is an inexpensive mineral without toxicity.
Previous post:Solid-state batteries becoming the future development direction of electric vehicle battery technologies
Previous article:
Solid-state batteries becoming the future development
无
Next article:
Online customer service
WeChat: 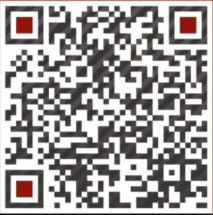